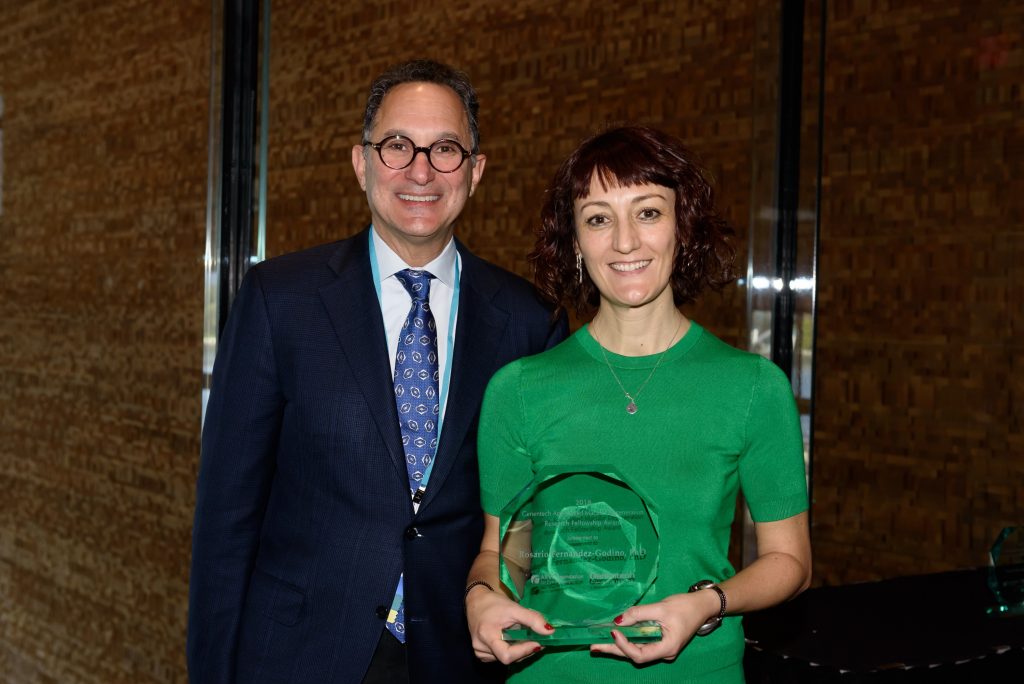 Chari Fernandez-Godino has been awarded a fellowship from the ARVO foundation to support her research on AMD. The award ceremony took place at ARVO 2019.

About Dr. Fernandez-Godino’s project
As many as 11 million people in the US has some form of macular degeneration; this number is expected to double to 22 million in the next 30 years. Current therapies can improve vision only in some patients with advanced age-related macular degeneration (AMD); unfortunately, there is no effective therapy that prevents disease progression in patients with early/intermediate disease. The first clinical sign of AMD is the formation of drusen, which appear as yellow spots in the fundus of the eye and which mechanism of formation is unclear. We need to understand how drusen forms, and how aging and genes participate in this process in order to develop drugs that stop AMD progression. The most important genes associated with AMD belong to the complement system, which is an important part of the immune system that attacks bacteria. Mutations in these genes along with age may cause that the complement attacks your own retinal cells inappropriately, which results in drusen formation. We have developed a model that mimics the formation of drusen in a dish. We will use this model to test if the blockage of two essential components of the complement system, C3 and CFB, can be used as a prophylactic therapy to prevent the progression of drusen to blindness.