Macular degeneration (MD) is the loss of structure and function of the macula; the central region of the retina that provides detailed vision. Age-related macular degeneration (AMD) is the major cause of visual impairment in developed countries. However, to date, there is no effective treatment for dry AMD, the most prevalent form of the disease.
Inherited and age-related macular degenerations share clinical features. An early hallmark of these disorders is alteration of the extracellular matrix (ECM) of Bruch’s membrane, with accumulation of basal deposits and drusen between the retinal pigment epithelium (RPE) and Bruch’s membrane. A role for the complement system in MDs was suggested by genetic association studies, but direct functional connections between alterations in the complement system and the pathogenesis of MD remain to be defined.
Using a mouse model of the inherited EFEMP1-associated macular degeneration we demonstrated that the complement system, specifically C3, plays a key role in the formation of basal deposits (Figure 1) (1-5). 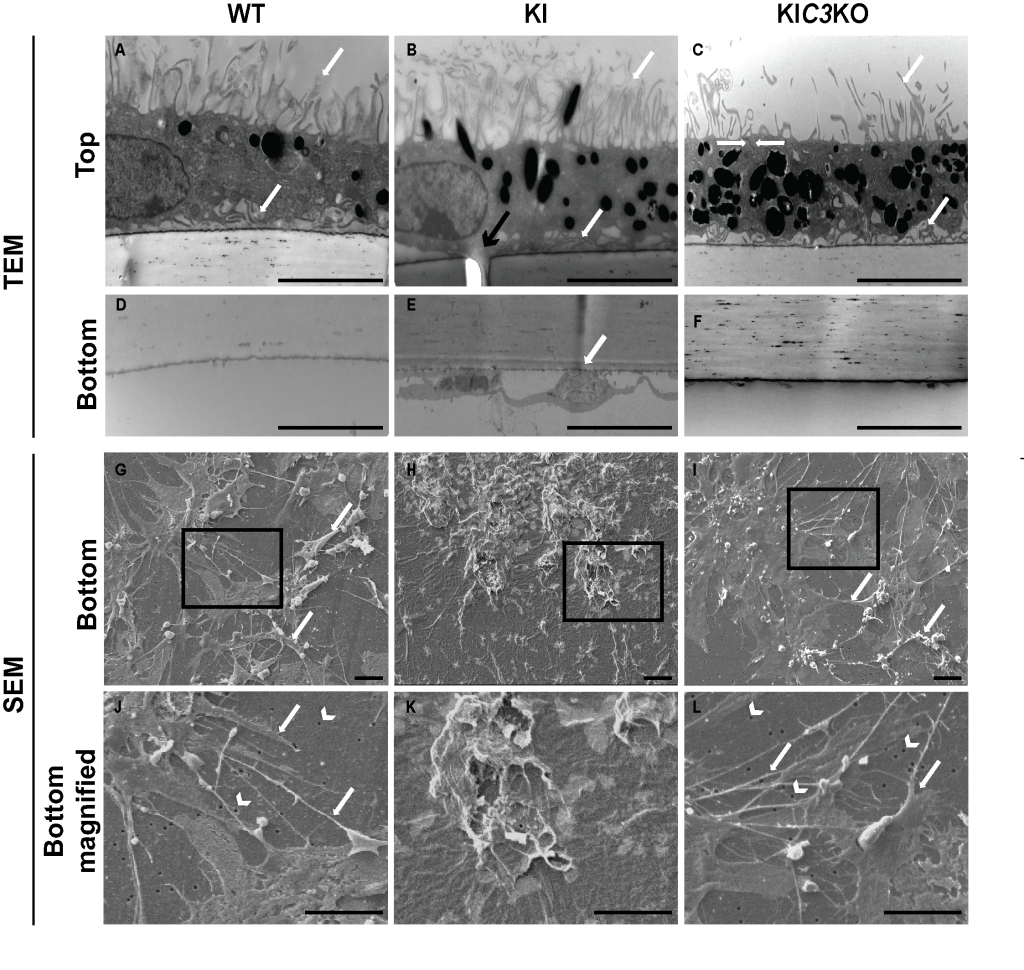 We are now investigating the roles of the ECM and complement system in early macular degeneration using human RPE cell culture systems. We have found that abnormal ECM, produced either by the disease causing p.R345W mutation in EFEMP1 of by aging, stimulates the activation of complement system via cleavage of complement factor 3 (C3). 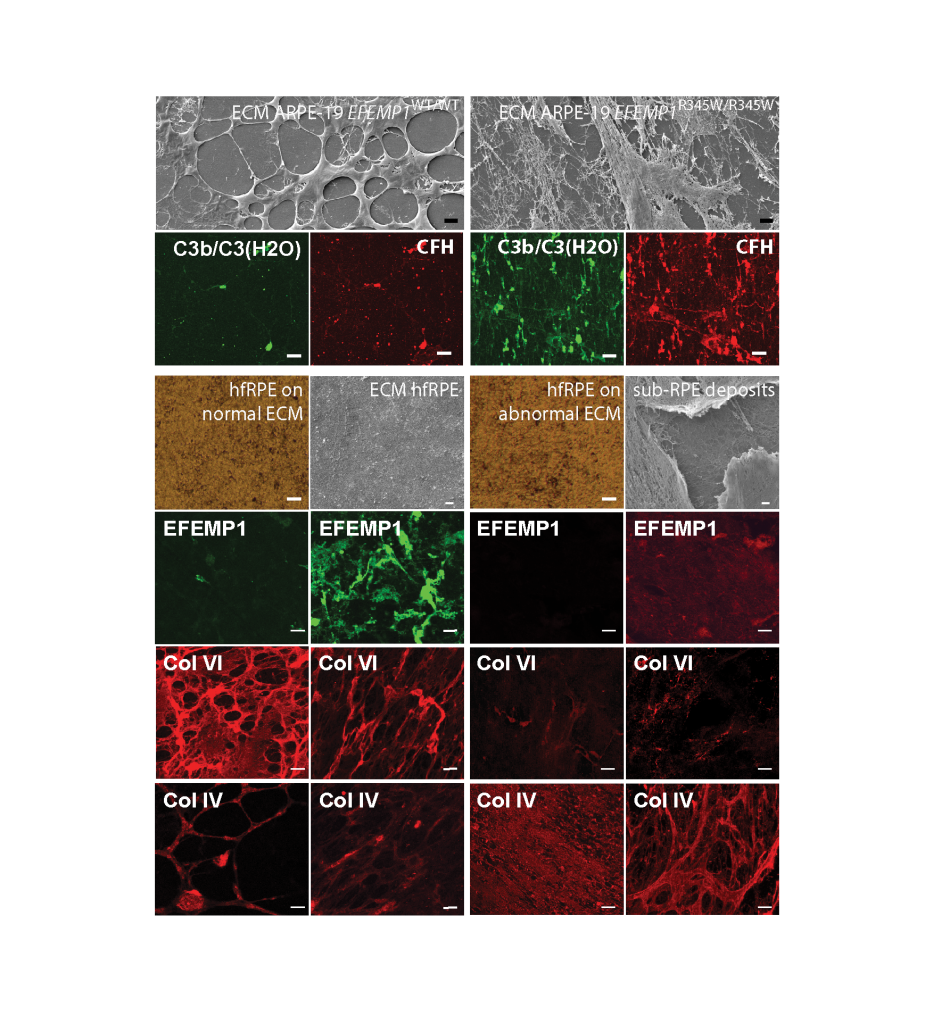 Figure 2. SEM of decellularized transwells of CRISPR-engineered ARPE-19 wildtype and EFEMP1R345/R345W cultures show abnormal ECM made by mutant cells, which anchors active complement components C3b and CFH. HfRPE cells grown on the abnormal ECM make sub-RPE deposits that are visible by SEM after decellularization. The deposits are comprised of ECM proteins that are typical of basal deposits in AMD patients. Scale bars 10µm.

The data further suggested that C3 produced by RPE cells is activated likely via tick-over and deposited in excess on abnormal ECM. The fluid-phase C3-convertase stabilizes on the ECM and triggers a local chronic activation of the alternative complement pathway. Alternatively, the resulting C3a can stimulate normal RPE cells to produce basal deposits, via a process that depends on C3a binding to its cell surface receptor.
These findings demonstrate that alterations in the ECM and subsequent increase in the activation state of the complement system underlie both inherited and age-related macular degeneration.  They also suggest that strategies to prevent the production or function of C3a could have potential for the treatment of early macular degeneration.